FreeThink recently took part in a charity softball game against fellow Branford-based science company IsoPlexis. The game, held at Guilford’s Bittner Park to raise funds for the Guilford Parks and Recreation Development Project, was a rematch of last year’s showdown in which FreeThink narrowly came away victorious.

Participation this year was high, as were spirits. Batting, running the bases, coaching, cheering—everyone played to their strengths, and the result was a lighthearted and level competition. FreeThink took an early lead but ended up losing it at the end, adding to the saga of the two companies’ budding rivalry. The game’s final score, however, was an afterthought.

“It was terrific to see the camaraderie among FreeThinkers, as well as with the IsoPlexis team,” says FreeThinker Carolyn. “A mutual exchange of encouragement and humor created a super fun time. Both teams are looking forward to playing again.”

FreeThink is currently looking for more local companies to add to their schedule before the season ends. For information, contact Carolyn Rothfeld. 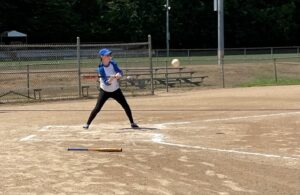 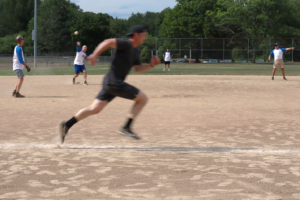 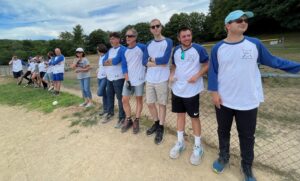